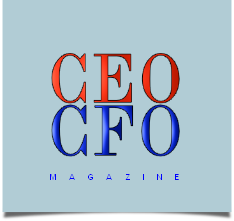 A Human Energy Metabolite is Hopeful for Age-Related Chronic Diseases 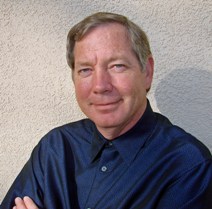 CEOCFO: Mr. Cash, what is the idea behind MetVital, Inc?

Mr. Cash: We found that a human metabolite, oxaloacetate, which is involved in energy production in our bodies, essentially in nearly every cell of our body, can be used to modify metabolism and potentially help ameliorate disease. The specific diseases we are looking at right now include various cancers such as glioblastoma, (brain cancer), liver cancer, and even conditions like fatigue in breast cancer patients. Outside of cancer we are involved in a Phase I trial right now for Amyotrophic Lateral Sclerosis or ALS, also known as Lou Gehrig’s disease, to see if we can help with that disease, and we just completed a Phase 2A trial in Alzheimer’s disease.

CEOCFO: How did you come upon the idea?

As we were doing the research on trying to mimic the calorie restriction metabolic state, we saw that we were able to modify a particular ratio in the cells; that of the NAD+/ NADH ratio, using this metabolite oxaloacetate in order to see some of the very same effects. It was exciting that we were able to see a 25% increase in lifespan in our first experiments, using c elegans, which are very small worms. Later, we successfully increased the lifespan of flies, then mice.

CEOCFO: How did you decide what to look at first; what diseases?

Mr. Cash: My background is in physics and as a physicist, we take large amounts of data and try to find something simple in it, like F=MA or E= MC2. I looked at the data on aging and what I initially saw was that nothing worked. From the age of the pyramids we have been trying to address aging and at that point, the only thing that we have found that had an effect on systemic aging was calorie restriction. The life extending power of calorie restriction was initially found in the 1930s at Cornell University, in animal tests. The scientists had essentially established the baseline of what animals would eat and then after they fed them twenty five percent less, surprisingly they lived twenty five percent longer than the animals that ate a normal diet. It was an interesting finding, considering that the thought at the time was that if they had less energy or food they would live shorter lives. However, instead they lived longer lives.

Since the 1930s, scientists have done tests all the way from single celled animals like yeast, upwards through the animal kingdom to primates--- and now we have human clinical trials in calorie restriction. In reviewing calorie restriction, and trying to mimic this same effect, I was looking at energy consumption, what is happening at the cellular level. At the time, which was about fifteen years ago, there was work at Harvard and MIT looking at Sirtuins and the metabolic substrates that allow them to function-- the NAD+ and NADH compounds, which are involved in energy production. We saw that increasing that ratio of NAD+/NADH seemed to be the key to starting the molecular cascade that would lead to calorie restriction, and something we could possibly modify to obtain the same metabolic effect. In looking for compounds that would increase this key NAD+/NADH ratio, we identified oxaloacetate as a human metabolic compound that could safely change this ratio. Our first experiment with oxaloacetate yielded a 25% increase in lifespan as we predicted.

While we were doing this research into calorie restriction and compounds that mimicked this metabolic state, other major universities started identifying oxaloacetate as a potential therapeutic candidate for a variety of diseases, including cancer, ALS and Alzheimer’s disease. Unfortunately, oxaloacetate initially was not a good therapeutic candidate because it spontaneously decomposed in a short time. The product was not stable under room temperature conditions. We were able to overcome this problem as our research identified and patented an oxaloacetate compound that was stable for up to 2 years at room temperature, finally allowing the development of oxaloacetate as a drug.

CEOCFO: What have you learned up through today?

Mr. Cash: We have learned that metabolism can be an important feature in many long-term diseases. As metabolism starts failing as we get older, we start seeing these age related diseases such as cancers, Alzheimer’s disease, many neurodegenerative diseases, and many auto immune diseases. Oxaloacetate gives us a tool to modify metabolism so that we may be able to treat those diseases on a cellular level. For instance, in animal models, we have seen that oxaloacetate can help to increase survival in brain cancer. We are now getting ready to test that theory in human clinical trials.

CEOCFO: What is your funding situation?

Mr. Cash: I have been a successful entrepreneur and my previous company was an Inc. 500 company. I received a lot of recognition, including a finalist at the Deloitte & Touche Technology Fast 50, Ernst & Young Entrepreneur of the Year, and other awards. I was invited to the White House. My success at previous companies allowed me to personally fund MetVital through the preclinical stage and early clinical stages. We are now out looking for funding to develop our clinical trial work further. Our first capital raise will be used to fund a Phase II-A trial in glioblastoma.

CEOCFO: What has been the response from people in the medical community who are aware of what you are doing now?

Mr. Cash: They are excited! One of the things that we have seen in our animal models is that oxaloacetate can increase the density of mitochondria in the cell through a process called mitogenesis. Researchers are looking at cancer and Alzheimer’s disease from a metabolic standpoint to find non-toxic treatments. In the past, for instance, cancer treatments were, “cut it out, poison it or burn it out with radiation.” If we can look at the metabolism of cancer, turn it back towards having a more normal profile in those cells, we can maybe attack the disease much easier.

CEOCFO: What do you understand about moving along the development process? What might give you a leg up from what you have learned, given your past experience?

Mr. Cash: I think that one of the big reasons that most drugs fail in clinical trial is toxicity. Probably eighty to ninety percent of drugs just will not make it past Phase I-- and the big reason is toxicity. We have a real leg up with oxaloacetate being a human metabolic compound. In performing the toxicity tests, we give animals large doses of this compound and we have not been able to find any toxicity. That is an exciting place to start.

CEOCFO: Have similar approaches been tried?

In our case with oxaloacetate, if you put it in a jar and put it on the table-- it will disappear in about a week, because it spontaneously breaks down. We were able to come up with a way to stabilize oxaloacetate for up to two years at room temperature and received a new composition of matter patent on that. This allows us to translate this metabolite from the nutritional supplement market, into the medical market, specifically the drug market. Many consumers prefer natural products, even if now they are a drug.

CEOCFO: What does the next year look like for MetVital?

Mr. Cash: The next year is very exciting! We have initiated a Phase I trial in ALS that is on-going and have just finished a Phase II-A trial in Alzheimer’s disease. We are hoping to start a Phase II trial in breast cancer and another Phase II trial in glioblastoma, which is brain cancer. We are also continuing our research on a cellular level with a variety of researchers. One of the exciting things that we have seen on a cellular level is that we are able to reverse or at least greatly reduce the Warburg effect in some cancer types.

CEOCFO: What is the Warburg effect?

Mr. Cash: The Warburg effect is the over-consumption of glucose (or sugar) that leads to a large increase in lactate within the cells. That huge pool of lactate can turn-on genes that both increase tumor formation and decrease the ability of drugs to be able to do anything about that cancer formation. We just presented at the Society for Neuro-Oncology that in glioblastoma (brain cancer) cells we can reduce the Warburg effect, decreasing glucose consumption and decreasing lactate levels, which is very hopeful.

CEOCFO: There are so many new ideas in health. Why look at MetVital, Inc?

Mr. Cash: Both researchers and clinicians should pay attention to MetVital because we are modulating metabolism toward a healthier state on a cellular level. Instead of trying to destroy cancer, we are trying to metabolically alter it, to slow its growth. While this is not a cure, our initial pre-clinical work shows it extends survival and preserves quality of life. In certain cancers that are very difficult to treat, such as brain cancer and primary liver cancer, an extension of life and good quality of life during treatment could be a major improvement over the current standard of care. Because we are treating with a non-toxic substance, side effects are reduced, and the treatment can be continued for a much longer period than toxic chemotherapy or radiation treatments.

“In certain cancers that are very difficult to treat, such as brain cancer and primary liver cancer, an extension of life and good quality of life during treatment could be a major improvement over the current standard of care.”- Alan Cash